It is tempting to think that the deadliness of encounters only affects a tabletop RPG’s challenge level for the players. Certainly, when tweaking combat lethality, the most directly impacted game element is its overall difficulty. But more importantly, the game takes on a different tone--and the players a different mindset--when lethality ratchets up or slides down.

The easiest way to observe the second-order effects is to examine the spectrum’s extremes. When encounters are trivially nonthreatening, on some level the players know that they will always win, or at least survive, every encounter. Such an attitude inevitably leads to players playing with a degree of detachment. They know they will prevail so they check out, investing their attention elsewhere.

This, however, leads to exactly the kind of gameplay that a referee should seek to discourage. Players who never perceive anything close to a mortal threat to their characters pay less attention, and less critically analyze the challenge at hand because it has no bearing on the ultimate outcome, that of player character (PC) victory.

The more detrimental consequence of players’ mental disengagement from combat is that it reduces the texture that the world has. The game world is functionally no more than what the players perceive through their characters. If the PCs don’t observe it, it’s as good as nonexistent. A negative feedback loop of world texture reduction inevitably results. Because the referee knows PCs won’t bother to scrutinize the hordes of enemies they’ll mercilessly slaughter, the referee will stop exerting the effort to describe these foes in any detail. Thus, the players incentivize the referee to slack off, reducing the game world’s resolution.

You’ve gotta risk getting burned to turn up the heat

Contrast this with games where death is omnipresent. Such worlds feel more real, textured, and lived-in. This is because encounters are so lethal that players have to pay close attention to every dynamic in play to survive. They have to pick up on subtler enemy characteristics to probe for weaknesses. They must also stay attuned to their environment to leverage it for tactical advantage. Is there cover to hide behind? Are there choke points for funneling the enemy? Is there any terrain that can slow the enemy and allow retreat?

As a result, players appreciate what would otherwise be throwaway, trope-y fantasy monsters in modern geek media. In modern-style fantasy RPGs, undead are a tiresome warm-up. But in old-style RPG games, they serve as a chilling threat that heightens the dramatic tension. My blog roommate has a great piece on why skeletons in particular can add thematic punch when handled deftly, which includes making them properly menacing. 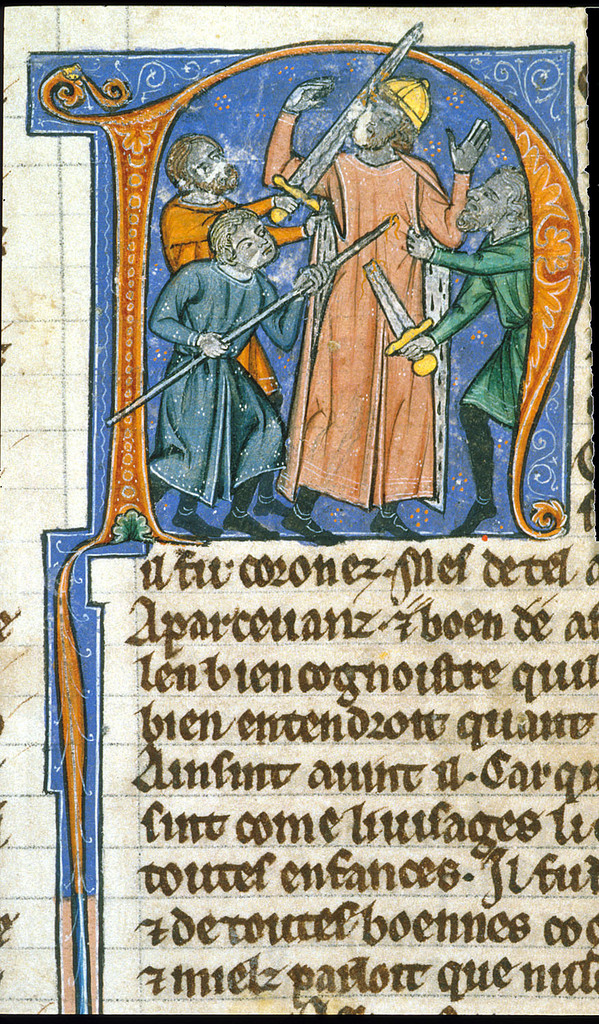 See you on the other side

Before refereeing an Original Dungeons & Dragons (1974) table myself, I started as a player. I also have enough experience playing multiple modern-style games to make a fair comparison. In the modern games, I never felt like my character ever truly faced death and, correspondingly, never felt any significant investment in the world. The place seemed like a cardboard backdrop for the PCs to interact in front of. Character growth and interplay are definitely important, but not at the expense of a compelling world.

Completely to the contrary, I have never felt so immersed in a game world as I did playing OD&D, where practically everything could kill the PCs. When I faced enemies, there was a thrill that came from sheer, constant danger. Each confrontation also felt consequential. They weren’t just filler before the boss battle, but actual life-or-death struggles only overcome by player coordination, ingenuity, and bravery. When encounters are all quite likely fatal, there’s no tuning out. And this is far more realistic, which is why it draws players into the simulative aspect of gaming more.

So, if your players are checked out, make the game deadlier. They’ll either focus up or die. If they are mature and open-minded enough, though, they will probably appreciate being challenged.