Like magic swords, lighter rules cut to the heart of your game experience

Almost from the birth of the tabletop roleplaying hobby, there have been two distinct schools of practice. This bifurcation is referenced explicitly in the AD&D Dungeon Master’s Guide, identifying “simulation realism” and “game” approaches to gameplay, and crowning the latter the system’s intended mode. Today, these two schools persist as “simulationism” and “narrativism”, respectively.

While it is hard to directly attribute the evolution of design philosophy to the dialog between the schools, it is undeniable that game systems have grown more complicated under their dual reign. RPG gaming has seen the invention of systems which focus on each style, with the rest hewing closer to one or the other.

A modest survey of OSR tenets, though, shows this to be a false choice. The light mechanical footprint of OSR systems accord them the flexibility to be played in either mode, or as a blend of both.

Excessive rules crowd out the field of narrative outcomes

More cumbersome prescribed rules, no matter how realistic, tend to artificially discourage creative play and, by extension, storytelling. If the referee and the players know in advance that a certain activity is difficult or time-consuming to resolve, they will unconsciously bias against it, even when that activity could produce exciting outcomes.

An example of this is the swimming mechanic in Pathfinder. I have heard Pathfinder diehards say they eschew marine environments to avoid invoking the swimming rules. This precludes an entire branch of problem-solving purely on the onerousness of prescribed rules rather than the merit of the challenge.

Modern games also habituate players to restricting themselves to only those activities which the rules outline. Because modern rulesets are usually comprehensive, they deceive players into thinking that the rules completely circumscribe what they may do. Everything beyond appears forbidden.

By contrast OSR systems intentionally leave most of what players can do vague or unaddressed. Because the resolution procedure for certain actions is completely unspecified, it encourages the table to make their own, or omit one if the way the character acted leaves no room for failure. Thus, OSR games free players from having to tiptoe around mechanics, so they can do more storytelling. 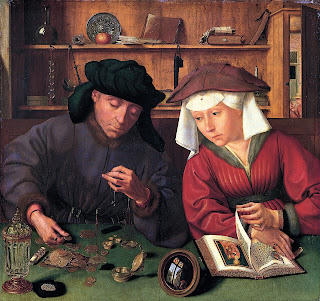 It is actually harder to capture realism if the referee has to stop and look up complex rules. Games with simulative elements run more smoothly if, without a relevant rule, the table adopts a ruling that makes sense to them. The referee can codify it, but because the table devised it, it’s more familiar and, hence, easier to remember.

Moreover, the myriad dynamics that a game can produce outstrip what any rules corpus can foresee. No matter how comprehensive, modern systems eventually exhaust their guidance. Conversely, OSR games deliberately decline to cover everything, disposing the table to discover their own rulings.

That’s not to say OSR systems are deficient or simplistic. Far from it, they may operate as granularly as the table wishes. Modern systems discourage referees from managing more details than the rules stipulate.

For example, if a character gets sprayed with acid in a modern game, the referee is expected to mete out damage and proceed no further, instead of resolving things like damage to the character’s armor.

OSR games permit zooming in or out to whatever level of detail is needed to create an organic world. Sometimes that’s low detail, sometimes high, but the table gets to set the dial based on how immersive the situation should feel.

The way is open to you

In short, whether you want a simulative game, a narrative game, or a combination of both, OSR’s unobtrusive mechanics clear the way for you to get there.