A save for every terrible occasion

One of the seeming oddities of Original Dungeons & Dragons (1974) is the plethora of saves characters can roll. These can be baffling to the modern TTRPG sensibility, as there seems to be no consistency to how the perils associated with saves are grouped together. By contrast, modern games reorganize saves by the type of injury the hazard precipitating a roll would inflict. A Dungeon Master calls a save based on whether the imminent danger attacks bodily health (e.g. poisons, diseases, aging), requires swift reaction to avoid (e.g. dragon breath, a bunch of falling rocks), or accosts the mind or psyche (too numerous and horrifying to list).

Despite OD&D’s literal dozen saves, it’s often tougher to decide which is most appropriate for hazards that don’t overtly match these. When a character faces imminent turning to stone, Turn to Stone makes sense. But what do you roll when a character is getting rained on by stones?

To answer that, we need to carefully scrutinize what the game gives us. Every save value has two or three save names tied to it. By considering which factors group saves together, and which ones split them up, we can tease out what accords a group a higher (harder) or lower (easier) save score. Armed with patterns, we can then fit new circumstances into them. 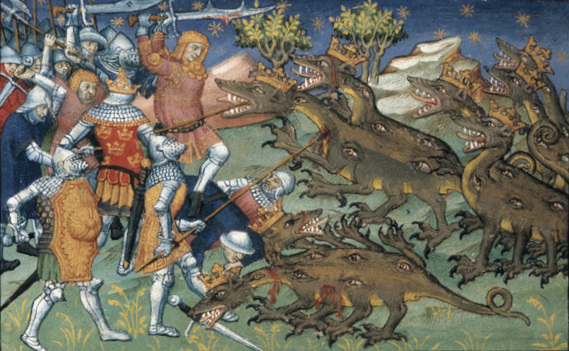 Death Ray / Poison: In my experience, this is more commonly invoked for poisonous substances, so let’s start there. There are a few delivery options for poisons in OD&D. Venomous fangs or poison-drenched blades jab into the bloodstream. A toxic gas could also enter the lungs. And, of course, poisoned drinks are a thing. Death rays are different: these are narrow beams that one has to dodge like a projectile, except that armor doesn’t help at all.

These are all essentially physical materials that have to make contact with the victim’s body, and have a material form that is easily seen. Accordingly, the victim avoids harm by negating contact. A character avoids venom by pulling their body away so the wound isn’t deep enough, and they evade gas and tainted drink by coughing it out to expel it from their system. The target could dodge the death ray with a similar twist of the body similar that evades poisoned stabbing weapons.

Wand / Paralysis / Polymorph: Wands can do a lot, but one escapes their effects by ducking out of their line of fire. The effect may be invisible, but it travels the vector created by the wand, so targets that glimpse the wand being leveled get some advance notice of incoming magic.

I’m not really sure where polymorph fits in here, so let’s just move on.

Aside from polymorph, these are all hazards that aren’t visible, but which have a transmission mechanism that is. Characters can’t see the spell or the paralytic force, but they can see the wand or the hand that delivers it.

Petrification / Turn to Stone: This is where things get tricky and saves get high. Many of the horrific beings that petrify or turn prey to stone do so with a gaze. It’s exceptionally challenging for a character to not look at something that is looking at them. And because vision projects in a cone, there’s more to dodge. Not only is the malicious effect invisible, but its impetus is nearly imperceptible.

Dragon Breath: Well, now things are really dicey (literally). Not only must characters anticipate an attack made by exhaling (not much heads up there), but then they have to clear a wide area instead of just the effect’s line of trajectory. In other words, the character has to dive out of the way, with a long way to dive, and not much time to realize they need to do it.

Spell / Rod / Stave: These three all share the trait of having extremely varied manifestations, and as little lead time as dragon breath, if not less. Because the possible magical afflictions can differ wildly, it’s hard for a character to tell this is happening until it’s too late. Spells can look like anything. Rods and staves betray little observable difference between inert and magical functions--they can go from walking stick to spell cannon in the blink of a scry.

Seeing where the dice fall

This analysis uncovered the key factors generally tend to shift the saves upward. First, saves climb when the action or sign that precedes the danger becomes less prominent and/or prolonged. Second, saves jump as the act of effect delivery itself becomes more instantaneous or imperceptible. And third, higher saves accompany effects that occupy a wider area.

So, when characters are confronting a save-type situation that doesn’t exactly coincide with any of the existing named saves, determine where it lies on the spectra of predictability, perceptibility, and avoidability.

Things that have to strike and pierce into a character would fit a Poison save.

Something a character could fleetingly glimpse moving in advance, but which only has to touch their body, could be a Paralysis save.

A harm that characters befall by merely locking glances for a split second sounds like a Petrification save.

A wide-area hazard that characters get basically no warning about is functionally the same as Dragon Breath.

And if it can come for you anywhere at any time, invisibly, it’s probably a Spell save.

So no matter what terrible scenario players get their characters suddenly into, there’s a save for that.